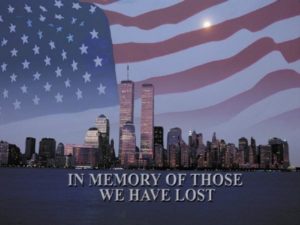 This Sunday, September 11th,  marks the 15th Anniversary of the day that 3,000 innocent souls lost their lives in an unspeakable, horrific conflagration that was witnessed by millions on live TV. On Sunday, all New York television stations have canceled their regular programming to remember and replay the recorded events of that day.

This year as it does every year one network – MSNBC — will devote 3 ½ hours to the “unedited, uninterrupted, untouched live footage of NBC’s Today Show coverage of the attacks of Sept. 11, 2001,” an article in Slate Magazine reminds us. The piece by Jeremy Samuel Faust goes on to explain the negative, and sometimes traumatic impact of the reliving of this disaster, and argues for other ways to commemorate the tragedy.

There is another way. Instead of simply reliving that infamous day and grieving, I believe the 9/11 families and their support groups have struck the right note by asking us to channel our grief into doing something constructive that day. They have established the September 11th National Day of Service and Remembrance. Since 2002, this charitable service day – which was established into law in 2009 — has served as a proactive, constructive and meaningful way to honor and remember the lives of those lost. In addition, it helps rekindle the spirit of unity and compassion that embraced the U.S. in the wake of 9/11.

As a result of their efforts, the September 11th National Day of Service and Remembrance was established into law by the Edward M. Kennedy Serve America Act in 2009.

Throughout the country, volunteers of all ages and backgrounds are expected to join together in a variety of service activities, including helping the needy, collecting food and clothing, signing up as mentors, reading to children, volunteering at homeless shelters and hospitals, etc. Service projects that support veterans and military families or that tap the skills and leadership abilities of veterans are especially encouraged. Also encouraged are projects that help communities become better prepared for disaster and emergency situations. 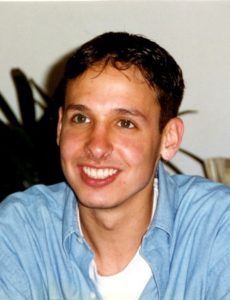 We need to emphasize and celebrate the values, passions, memories and legacies of those we have lost rather than constantly rewinding how they were taken from us. That is exactly what Liz and Steve Alderman did after their 25-year-old son Peter was killed on 9/11 at the World Trade Center. They established the Peter C. Alderman Foundation to honor Peter’s memory by helping other victims of torture terrorism. The foundation trains doctors and establishes mental health clinics on four continents to treat victims of PTSD. It has proven so effective, that President Barack Obama honored the Aldermans for their work.

“There was nothing we could do for Peter,” Liz Alderman told us in our book, The Living Memories Project: Legacies That Last, “but if we could return the survivors of terrorism to life, then that would be the perfect memorial because Peter so loved life.”

After Maj. Stuart Adam Wolfer was killed in Iraq, his family was also determined to keep his memory alive. His parents, Len and Esther, and his sister, Beverly Nerenberg-Wolfer, created the Major Stuart Adam Wolfer Institute (MSAWI), which they also discussed in our book. It supports U.S. troops by increasing public awareness of the sacrifices made by those in the military.

“When we receive letters from solders detailing the impact a care package made on them, we know that Stuart would be proud,” they told us. “Having MSAWI allows us a positive outlet for expressing our grief, for remembering and honoring Stuart and for helping others….” 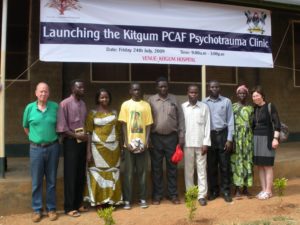 Aldermans at launching of a PCAF Clinic

There is no timetable for grief, no rules for grieving, and surely everyone is entitled to grieve in his or her own way, especially those who lost loved ones on 9/11. But celebrating memories can be comforting and healing. The September 11th National Day of Service and Remembrance enables all of us to honor the lives and legacies of those who were lost on that terrible day — with caring, kindness, commitment — and action.

Visit Volunteer and Serve and find numerous ways to give back to your community.

Meryl Ain, Ed.D., The Comfort Coach, inspires people to transcend their losses by keeping alive the memories, passions, values and legacies of those they have lost. She helps to promote healing by providing professionals, organizations, and individuals with the tools to foster optimistic thinking, positive projects, and resilience. A former teacher and school administrator, her articles have appeared in The Huffington Post, MariaShriver.com, The New York Jewish Week, The New York Times, and Newsday. Her new book, My Living Memories Project Journal, will be released later this month. She is the coauthor of The Living Memories Project: Legacies That Last.